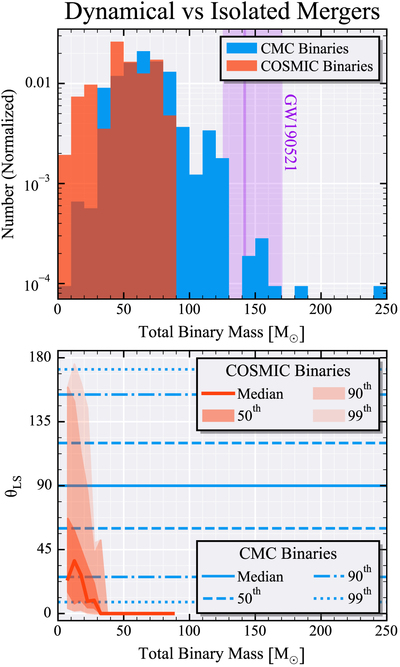 Masses and spin alignments of BBHs produced through dynamical encounters (from 10 GC models generated with CMC) and through isolated binary evolution (from 5 × 104 stellar binaries evolved with COSMIC). On the top, we show the total masses of the BBHs, with the maximum mass from isolated binaries (89 M⊙) being clearly visible. On the bottom, we show the distribution of spin–orbit misalignments for the BBHs as a function of total mass. While low-mass BBHs from the isolated binary population can experience significant misalignments from supernova natal kicks, this decreases as a function of mass, while the spin–orbit misalignments for dynamically formed binaries are isotropic irrespective of mass.