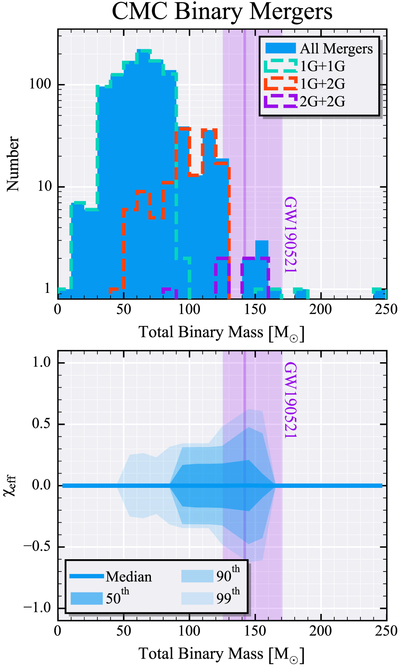 The masses and effective spins for merging BBHs from 10 realizations of a GC model with 106 initial particles (10% of which are binaries). On the top, we show the distribution of total masses of all BBHs that merge within 13.8 Gyr of cluster formation. We also indicate the specific generation of BHs involved in the mergers with the dashed histograms. The region consistent with GW190521 is populated by 2G+2G BBHs (where both BHs were formed in previous mergers) and 1G+1G BBHs whose component progenitors participated in previous stellar mergers. On the bottom, we show the distribution of effective spins for the full BBH population as a function of mass. At higher mass, the contribution from 2G BHs increases, and the range of detectable spins increases as well.