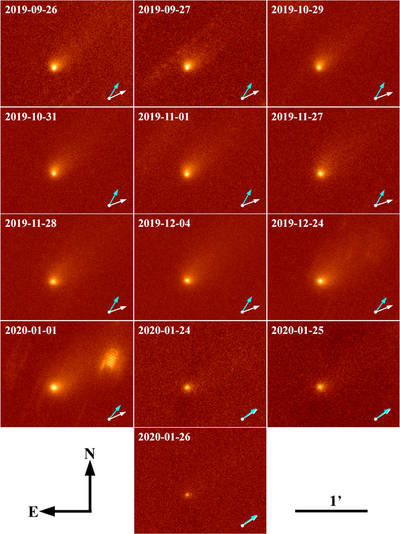 Median coadded images from the UH 2.2 m telescope of interstellar comet 2I/2019 Q4 (Borisov). The two images from 2019 December 24 and 2020 January 1 are unfiltered due to the filter wheel issue, but the others are in the r band. The trails in some of the panels are uncleaned artefacts from bright background stars. As indicated by the compass in the lower left, equatorial north is up and east is left. A scale bar of 1′ in length is shown. Also labeled are the position angles of the antisolar direction (white arrow) and the negative heliocentric velocity projected onto the sky plane (cyan arrow). Note that in late January 2020, as Earth was to cross the orbital plane of the comet, the two arrows increasingly overlap. 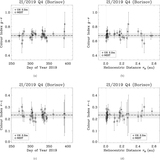 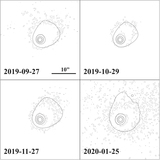