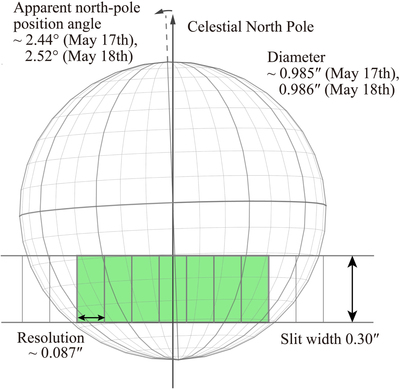 Spatially Resolved Observations of Europa’s Surface with Subaru/IRCS at 1.0–1.8 μm: Upper Limits to the Abundances of Hydrated Cl-bearing Salts

Illustration of the alignment of the slit for our observations of Europa. The slit was aligned in the east–west direction as applied to Europa. On Europa’s surface, the images were separated by ∼0.″087 in the slit-length direction. Apparent north pole position angles are the angles of Europa’s north pole with respect to the direction of the celestial north pole. The angular diameters and apparent north pole position angles were provided by NASA JPL Horizons (http://ssd.jpl.nasa.gov/). 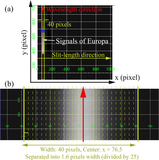 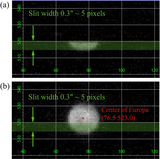