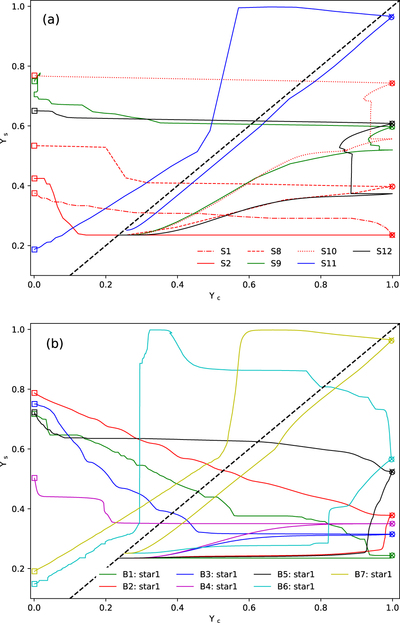 Surface helium mass faction Ys vs. central helium mass fraction Yc from ZAMS up to the end of the helium burning for (a) single stars and (b) the donor star in binaries. When the surface helium abundance goes up as fast as the central helium abundance (slope ∼ 1), the evolution is chemically homogeneous. For comparison, a straight line with a slope of 1 is included (black dashed line). 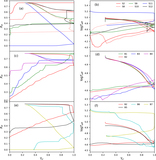