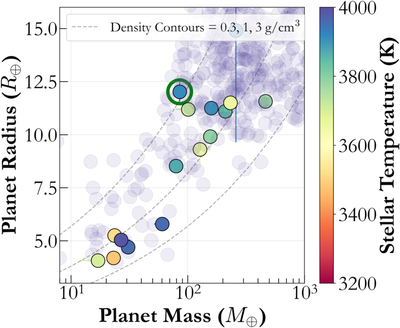 TOI-3757 b (circled in green) in a mass–radius plane alongside other M dwarf planets (colored by the T eff). We also include planets around FGK stars in the background, along with density contours for 0.3, 1, 3 g cm−3. TOI-3757 b is the lowest-density planet orbiting an M dwarf with precise mass and radius measurements.