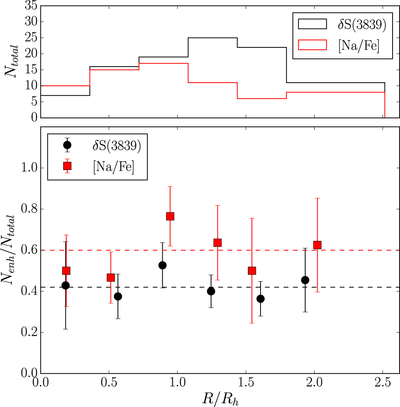 Top: A histogram of RGB stars as a function of radial distance from the cluster center in units of half-light radius where Rh = 100.2″ (Harris 1996 [2010 edition]). Our sample is shown in black, and RGB stars with a [Na/Fe] measurement from Sneden et al. (1994), Ramírez & Cohen (2002), Carretta et al. (2009a, 2009b), or Cordero et al. (2015) are combined into one sample shown in red. Bottom: The ratio of CN/Na-enhanced RGB stars to the total number of RGB stars in each radial bin from the top panel. Each point is at the average location of the stars in a given bin. The ratio calculated using the δS(3839) band to sort into populations is shown as black circles, and the ratio calculated using [Na/Fe] abundance is shown as red squares. Error bars are uncertainties based on Poisson statistics. A black dashed line is shown to indicate the ratio calculated for our entire sample. A red dashed line is shown to represent the approximate ratio determined using the Na abundances from the literature and [Na/Fe] = 0.3 dex (from Carretta et al. 2009a, 2009b) as a separating value. 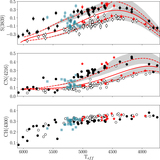 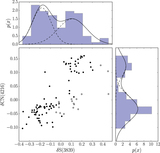 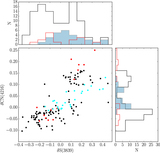 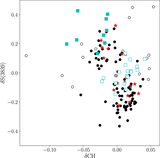 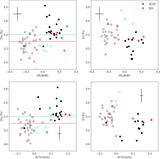 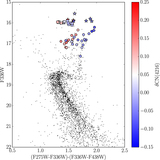